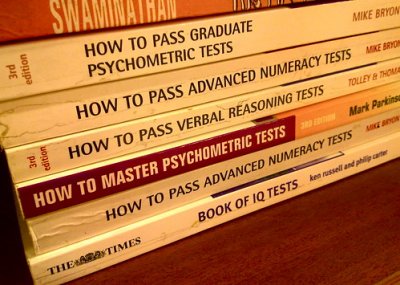 Why is it that your colleagues are always so cool under stress, but you panic? That you are brilliant at reading, but find numbers make your mind blank? A psychometric test would have something to say about it.

What is psychometric testing?

Psychometric testing is a measurement of our mental capabilities and processing powers. It looks at things like your personality traits, skills, knowledge, abilities,  attitudes.

Using tests to identify intelligence and ‘categorise’ people is nothing new and can be traced to Ancient Chinese and Greek communities. As for the sort of psychometric tests we see in use today? The tests have developed and changed, but their roots stretch as far back as late 1800s Europe.

What is the point of a psychometric test?

Yes, there is the well-known and dreaded HR testing before being hired for a job. But helping you find a career you are good at is far from the only use of psychometric tests.

The point of a psychometric test is to be able to predict your average behaviour and then your potential. Or what psychologists would term your “typical performance” and ‘maximum performance”.

How psychologists use psychometric testing

A psychologist helps you discover what future might be easiest for you, that would combine your natural skill set with your interests and personality traits. 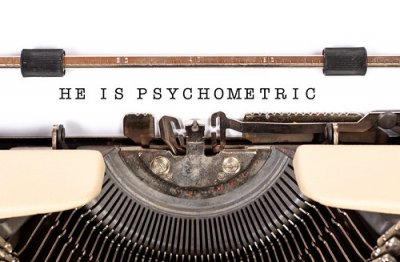 Judges and juries want to hear scientific and validated assessments of the people in question. Psychometric testing fits the bill. As an ‘expert witness’ a psychologist must be very skilled at knowing which assessment to use. They must also correctly interpret the results, and then defend those results if barristers try to discredit them.

Cognitive testing looks at your ability to think clearly, and to process different types of information. How do you relate and problem solve? Educational psychologists use psychometric assessments for spotting learning and development difficulties.

Clinical psychologists use psychometric testing to help with diagnosis of things like post traumatic stress disorder (PTSD). This could look like measuring how much a recent event has affected someone. Tests are also used when working with clients with substance abuse issues. Questions are geared to uncover the extent of a persons addiction and what is behind their substance use.

In the case of something like an adoption? Psychometric tests can be geared to spot how much the parent is bonding with their child. It can also analyse what their attitude towards their child is.

Long thought that  a Myers-Briggs test was the same as ‘psychometric testing’? Think again.

It’s only one of many psychometric tests. 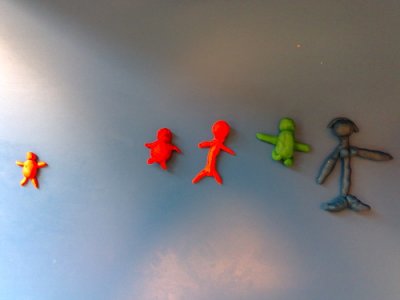 Of the two main categories, Myers-Briggs would come under assessments for personality. These tests look at your attitudes, values, beliefs, interests, and ways of being around others. Such tests use open-ended questions to see your ‘typical’ ways of behaving (typical performance).

The second main category of psychometric tests assess aptitude and ability. Aptitude testing includes looks at things like your IQ and cognitive abilities. Ability tests look at knowledge and skills, such as your spelling and grammar. These sorts of tests are multiple choice, with right and wrong answers and look at your best potential (maximum performance).

Remember the Rorschach Inkblot Test — those funny blobs where you are supposed to guess what you see? It’s actually a psychometric test. It can still sometimes be used to analyse creative thinking, emotional thoughts, and personality.

Why is psychometric testing controversial?

For starters, it assumes that people are a science. Can we really measure such ‘unobservable phenomena’ as attitudes, beliefs, and personality?

And secondly, like any powerful tool, it can be used in less than  honourable ways. One of the first major uses of an early form of psychometric testing, ‘the Binet-Simon IQ test”, was for the French government to have a reason to send underperforming children to asylums.

Psychometric tests more recently caused controversy after they were used to support eugenics and ‘scientific racism’. By grouping results without taking into account things like the opportunities each individual had had, terrible claims about race and IQ were made.

In the introduction to a recent book, “Psychometric Testing: Critical Perspectives”, it explains, “Ability tests were “not intended to generate an underclass -but they did. And most of us had not intended to condemn its participants to accusations of congenital inferiority, but many did”.

So while psychometric assessments are useful, what the above scenarios show is that there is always a bigger picture to consider. This is why it’s highly advised to do psychometric testing with a highly trained professional.

In the Handbook of Counselling Psychology, Susan Van Scoyoc astutely points out that there is a difference between “categorising people and facilitating understanding”.

She quotes psychologist C.T. Fischer who discusses how life events are the important data. “Test scores, categories, and related research are used as bridges into a particular life and as tools for then exploring that life.”

Could I benefit from a psychometric test?

A psychometric test could be useful for you if you:

Ready to do some proper psychometric testing that gives rounded results and any necessary diagnosis? Harley Therapy connects you with highly trained and experienced educational psychologists in central London.

Still have a question about psychometric assessments? Ask below.