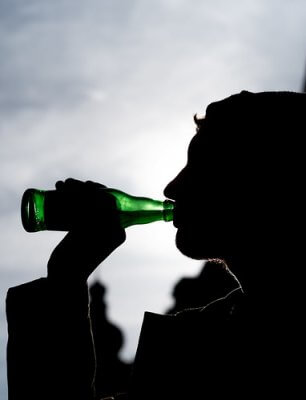 We all know binge drinking isn’t fantastic for physical health. It’s connected to all sorts of fun stuff, including a higher risk of brain damage than just chronic drinking.

But what about mental health? Is it really a big deal if you like to go on benders a few times a month?

What is binge drinking?

Binge drinking means you do all your drinking in one go. Not one for a glass every now and then or with dinner, you put aside time to drink to excess, often with the express intention of becoming very drunk.

“But I really meant to just have a few”

Nobody actually goes out with friends they only see for drinks, and who they know get blinding drunk, truly believing they will just ‘have a few’.

If you are going out to drink, with people you know drink a lot, you generally know deep down you are going to binge drink. Otherwise you would have stayed home, or have gone out with friends who don’t drink that much.

I stayed within the recommended intake

Starting to monitor our units can be a decent start if we are worried about our drinking habits. But as a standalone approach to binge drinking, it doesn’t tend to go very far.

It doesn’t take into account individual differences. The NHS page on binge drinking lists how many alcoholic units is and isn’t a binge, but with a caveat. “This is not an exact definition for binge drinking that applies to everyone, as tolerance to alcohol can vary from person to person.” 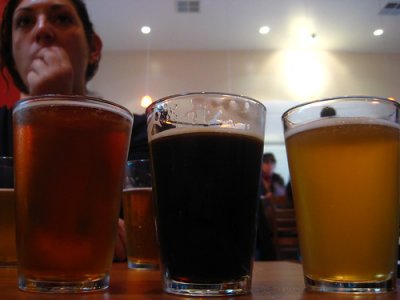 There isn’t even a consensus on how many units is a binge. For example, in the UK, the advice is that a female is bingeing if she has more than six drinks. In America, this lowers to four. This works out to roughly the same amount of alcohol when you take into account different measurements per country, but it’s a confusing system.

Once we get that ‘units allowed’ into our head, it can just become license to drink too much.  It means we ignore if we are already drunk two drinks in. Unit monitoring might have its place, but it  also green lights heavy drinking, while never encouraging discussion around why we are drinking so much in the first place.

What is an alcohol ‘problem’?

Alcohol is a problem when it distracts us and when we can’t control how we relate to it. Let’s take someone who ‘only has one glass of wine a night’. But then also:

One glass of alcohol has become a very real drinking problem, veering toward addiction.

Can I binge drink and not have an alcohol problem? 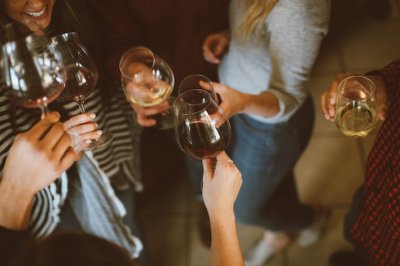 Sure. Say, for example, you binge drink at weddings and on vacations, with a tendency to get caught up in the social habits of those around you. But tend to drink very little otherwise. In fact when your work is going well, you are so distracted you barely think about drinking. You don’t likely have a binge drinking problem.

If, on the other hand, you go out binge drinking once a month, spend a week recovering, think constantly about your next ‘bender weekend’, and lie to your partner about how much you really drink on those weekends? Then it might be an alcohol problem.

Remember, it’s about how you relate to alcohol, and how it affects your life in general, not just how much or often you drink.

The psychological side effects of binge drinking

First of all, yes, alcohol does indeed cause depression. It is even medically referred to as a ‘depressant’, as in a substance that gears down our central nervous system, slowing down brain functioning. Alcohol also disrupts our quality of sleep, and poor sleep is strongly connected to low moods.

And if we hide behind unit counts and never look at our intentions for bouts of heavy drinking, we avoid seeing issues we are hiding from. This might be:

If we are using alcohol instead of dealing with our issues, we stop ourselves from progressing and reaching our potential. We go on and on about our goals and the life we are aiming for, never reaching it, and refusing to see that alcohol might be part of the reason why. 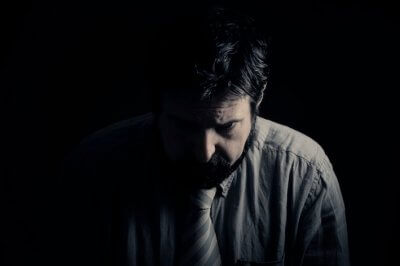 Most serious of all, alcoholism has long been connected to suicide risk. Studies contradict each other on exact statistics because often there is also depression and  other psychiatric issues confusing things. But the link is undeniable.

American researchers focussing on binge drinking in particular found that women without previous major depression were at the highest risk of alcohol-related suicide.

Drinking made me do it

And then there are the psychological side effects that arise from things that happen when we are blinding drunk that would never have happened otherwise.

These sorts of psychological effects can be like dominos, leading us to take other actions that then create other problems. Our shame leads us to snap at our partner, meaning they leave us. And then our shame worsens and turns into severe depression. And we miss so many days of work we lose our job. We blame it on our partner, unable to see that the root goes back to our alcohol dependency.

I am going to get control of my drinking

Looking at your units is a good place to start. As is advice such as:

But it’s also a good idea to start asking good questions about your binge drinking.

Need help with your drinking? Or your life in general? Counselling can help. We connect you with top substance abuse therapists in central London. Or use our booking platform to source a therapist UK-wide or find online counsellors you can book even from overseas.

Still have a question about binge drinking? Post below.