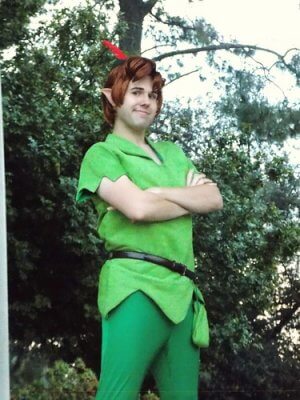 Feel like everyone wants you to be something you aren’t? Been told you need to ‘grow up’, or that you have ‘Peter Pan syndrome’?

What is Peter Pan syndrome?

No, it is not a real psychological diagnosis. But it’s a helpful catch phrase to refer to other mental health issues.

Peter Pan syndrome refers to a refusal to engage in the set of goals, achievements, and responsibilities that usually mark the transition from young person to adult.

Originally a term used to label men seen as delinquent and troubled, it has grown to be quite different in meaning, applying to any gender. It means that you don’t want to grow up, not that you are likely to have antisocial personality disorder.

But isn’t being youthful a positive?

And always being ‘adult’ because we think we ‘should’ could be challenged as being no better than always being ‘childish’. If we refuse to engage in things that bring us joy for fear of being seen as ‘immature’, we can detach from or sense of wonder, becoming numb or even depressed.

And just because you don’t fit the norm and aren’t like your peers doesn’t mean there is something wrong with you. Some people simply do not have a personality or values that match the zeitgeist of their culture. They are freethinking or creative.

If you are actually making a career out of your novel way of thinking, are stable financially and mentally, and have good relationships, then you are just unique. Peter Pan syndrome refers to being childish in a way that holds you back and leaves you unstable.

A 22-point scale created to ‘test’ Peter Pan syndrome found the most popular symptoms to be what it calls  “escape from responsibility”, “power perception,” and “never growing child”. 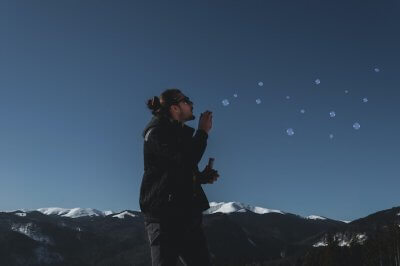 It all seems brave and confident. But on the inside, you might hide many doubts, worries, and fears. You might feel people don’t really like you, or like you don’t really belong in the world. The confidence you portray can be a mask for your insecurities.

Note that some research also connects the Peter Pan syndrome to eating disorders like anorexia nervosa, which keeps the body child like and leaves the sufferer unable to handle big responsibilities.

What is Peter Pan syndrome really about?

Some psychologists jump to connect ‘Peter Panners’ to overprotective parents. The idea here is that if you were spoiled and never had to be independent, why start now? While this might be the case if you are still living off your parents’ money or your family, it’s certainly not the only reason.

Sometimes it’s more that the adults we grew up around were very disappointing, or even damaging, unkind people. At some point we promised ourselves we’d never be like them. We registered in our mind that being an adult was a bad thing.

Or perhaps we simply saw the adults around us suffer. We watched a mother be hurt by a partner, or our parents suffer humiliating poverty and discrimination.

Being a child felt safer, and becoming an adult felt dangerous to us. Our unconscious mind decided to avoid adulthood entirely. Refusing to grow up became a coping mechanism. It helped us feel safer as a child. The problem is, it no longer serves us so well as an adult.

The downside to refusing to fit in

See if the following sound familiar:

So what do I do if I think I have Peter Pan syndrome? 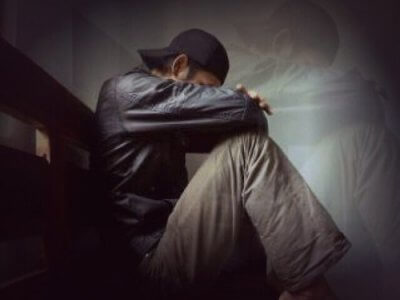 1. Identify your own values.

We can think we are living out our values — freedom! Individuality! But have you taken the time to question what your values are?

Or is the truth that you are living the reverse of your parents values? And by rebelling so carefully against them, you are actually still trapped in their ideas?

2. Learn what freedom really is.

Again, we can have an idea of freedom that deep down is really only ‘to do the opposite of what every one wants me to do’. But we are simply reacting, not free.

3. Form your own ideas about being an adult.

Erick Erickson is a psychologist famed for defining the stages of psychosocial development. Each stage of life is a chance to reach a psychological and social level.

Young adulthood (from leaving home to aged around 40) is the stage of “Intimacy vs Isolation”. It has nothing to do with having children or a mortgage! It’s about having healthy relationships that are safe and reliable.

Adulthood (around aged 40 to 65) is “Generativity vs Self Absorption”. This means generating, or creating, the things that will outlast you as a person. Again, it doesn’t have to mean children. It could be projects or works of art, or nurturing others around you so they carry your ideas forward.

Note that Erik Erickson saw age 12 to 18 (although nowadays more the age of leaving home, which can be later) as  ‘Identity vs Role Confusion’.

If you are still stuck trying to figure out who you are, then by avoiding adulthood you are avoiding psychological growth, and it’s time to seek support.

A counsellor or psychotherapist can help you understand yourself, and help you identify and process the childhood experiences that are keeping your treading water.

Feel stuck in life and need help moving forward? We connect you with highly regarded expert counselling psychologists and psychotherapists in central London. Or find a UK-wide talk therapist on our booking site, as well as online therapists you can work with from anywhere.

Want to ask a question about Peter Pan syndrome, or share your personal experiences? Use the comment form below.