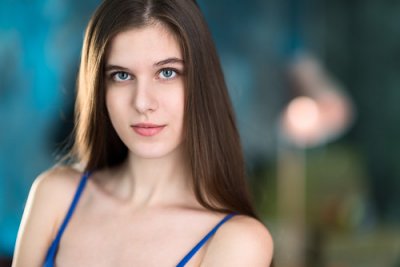 Worried that you aren’t a good person? That you might secretly be flawed beyond fixing? Or even, dare you say it…evil?

The secret question many of us ask

At some point we all find ourselves in a period of transition, facing big decisions that can leave us worried about our self concept.

And if we had a difficult childhood that gave us self worth or identity issues, we can tend to always make it a black and white issue – are we good, or are we bad?

Of course in this day and age of social media, people also worry about whether they come across as a good person. Which is arguably a different thing than actually wanting to be one.

But it raises some interesting questions that can bring clarity:

What is a good person from the view of psychotherapy?

It’s a question debated since the very beginnings of psychotherapeutic thought. But relax, as nobody is expecting you to be an angel in these parts.

Freud described the human psyche as a three-part battleground. He believed in an instinctual part with sexual and aggressive drives (“id”) going up against a moral conscience (the “super-ego”). And the battle between them is mediated by “the ego”. The most we can hope for is to find a balance.

Jung, on the other hand, felt we misunderstood our ‘bad’ side. He called it the ‘shadow’ and felt it had gifts we need. Anger gives us boundaries, for example, and sadness allows us to recognise joy. Life is about integrating all the pieces of ourselves, including the shadow side, into a healthy and productive balance.

And Viktor Frankl, the creator of logotherapy and perhaps the most qualified to speak of good and evil given that he survived a concentration camp, didn’t believe any of us are strictly good or otherwise.

“We must not try to simplify matters by saying that these men were angels and those were devils,” he stated. And he also said, “Life in a concentration camp tore open the human soul and exposed its depths. Is it surprising that in those depths we again found human qualities which in their very nature were a mixture of good and evil?”.

Frankl suggested that a good person is rather someone who constantly chooses to be ‘decent’.   He felt in every moment we have that choice. “There are two races of men in this world, but only these two — the “race” of the decent man and the “race” of the indecent man.”

Whose definition of ‘good person’ are you using? 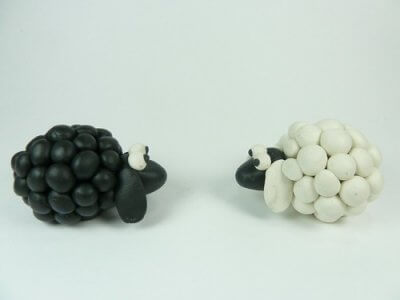 Looking at Frankl’s definition, do you know what being ‘decent’ is for you, personally?

A feeling of being a ‘bad person’ is often because you have internalised someone else’s skewered viewpoint of yourself and haven’t taken time to form your own.

This could be, for example, a strict and critical parent whose voice you have internalised without realising it. It sounds like that little voice in your head saying, ‘you never try hard enough’, ‘you could do better’, ‘I am so disappointed in you’.

But I really am a bad person

Do you have really dark negative thoughts that scare you and leave you sure you are a bad person?

Thoughts alone do not make you a bad person.  They are just thoughts, and if you don’t take action on them, they stay just thoughts.

The problem with such intrusive thoughts is that they create a cycle of low moods which causes self- esteem to plummet. So the more you have negative thoughts, the worse you feel about yourself.

Cognitive behavioural therapy (CBT) is a type of therapy that specifically focuses on the link between thoughts and moods. It can help you learn to catch your negative thoughts and make them more balanced, helping you avoid yet another cycle of depression and anxiety.

But what if I did something terrible?

Then you did something you are not proud of. It might mean you have some serious work to do on yourself, and that some people are going to not like you for a long, long time (if ever).

But it does not automatically mean you are evil or a sociopath. 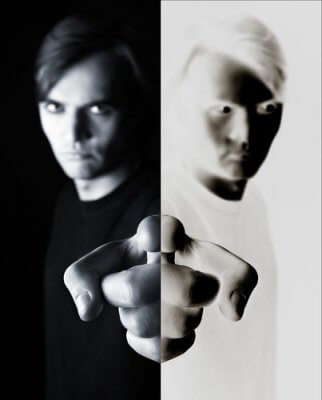 Despite what the internet would have you believe about sociopathy, and some poorly researched yet widely publicised studies? Very few of us have traits from the ‘dark triad’.

Recent government statistics, for example, show that it’s only just over 3% of the UK population that qualify as having antisocial personality disorder.

And even if you did, there is actually no scientific proof that you can’t change.

But I was born bad

Research increasingly show that babies are not the blank slates once thought, but naturally altruistic. Wynn and Bloom, Yale psychology professors and experts on child morality, state that “babies show concern at others’ pain and sorrow, make spontaneous efforts to console others, and spontaneously help others even at external costs to themselves, suggesting that helping others is intrinsically rewarding.”

Instead of being ‘born bad’? Most of us who have done things we aren’t proud of were born, and then had experiences that left us us traumatised and feeling helpless. And this can lead to anger issues and rage.

Shame can stop us from seeing that we have also done good things. Or that we can’t change the past, but we can make a different choice in the present.

Why do I never feel like a good person?

Again, it’s often linked to difficult experiences when a kid, or childhood trauma.

Many children internalise trauma, feeling like somehow it is their fault that the bad thing happened to them. And that guilt creates strong hidden beliefs that you are bad and unworthy.

Recognising and changing these beliefs and processing the repressed emotions of trauma can mean you are free to finally see that you are not what happened to you. And that you don’t have to be ‘good’ and ‘bad’, but can be somewhere in the middle, doing the best you can. You might after all just be perfectly imperfect, like everyone else.

Need help being your better self? We connect you with London’s top counselling psychologists and psychotherapists. Or find a UK-wide talk therapist or online counsellor on our booking site.

Want to share you ideas on being a good person? Use the comment box below. Note we monitor comments and do not allow inflammatory content or advertising. Andrea Blundell is the editor and lead writer of this blog. She has training in person-centred counselling and coaching, and loves to write about trauma, ADHD, and relationships.