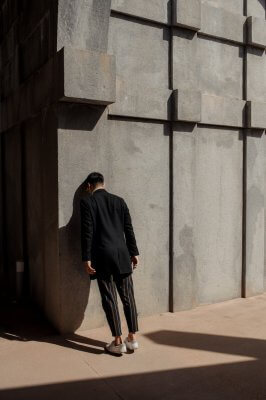 Do you have confused thoughts lately? Worried about what it might mean for your mental health?

What is confused thinking?

We all at some point have an overly busy mind.  Research now shows that confusion is, for example, part of the brain’s way of learning.

If you recognise that your strange or confused thoughts are just thoughts, and if they don’t affect your identity or ability to cope, then it’s not likely an issue.

When disorganised thoughts are part of a mental health issue, they start to adversely affect your daily life. You might find it hard to have a clear enough line of thought to make a decision, struggle to speak and socialise, or start acting in ways that aren’t usual for you.

At it’s extreme, confused thinking leads to a break from reality, where you believe things to be real that actually aren’t, and you aren’t sure who you are.

Research from the University of California, for example, found that those with schizophrenia have an impaired ability to relate their memories to themselves.

What are confused thoughts a symptom of?

First and foremost check that it’s not a physical health issue, particularly if it comes with other medical symptoms. There are several things that can cause confused thinking, including a head injury, infection, a reaction to medication, and of course things like recreational drugs, alcohol abuse, or not sleeping for several days.

And if you are aged, and your confused thinking has persisted for some time and is worsening, it’s worth seeing a doctor to discuss the possibility of dementia.

In psychology, ‘disorganised thinking’ refers to consistent problems with the way you think that include thinking things are real that aren’t (delusions). In this case you will be diagnosed as having a thought disorder, such as schizophrenia.

But this is one end of the spectrum. Confused thoughts, or even an occasional delusion, can be another mental health issue entirely, including things like stress and anxiety, or borderline personality disorder (BPD).

What are your confused thoughts a symptom of?

So how do confused thoughts relate to different mental health issues? 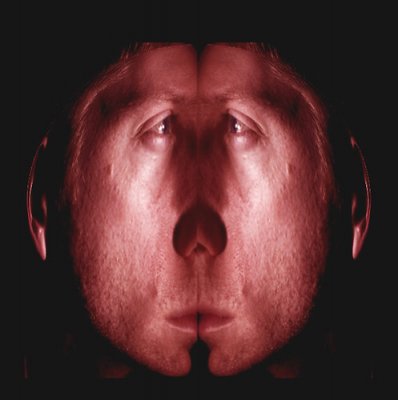 You are simply stressed. If someone helps you with the problem, and a solution is found, then your thoughts should return to normal.

Anxiety is when our mind engages in negative, future-based thought loops. It can seem close to delusions as your thoughts might start to be quite illogic. But in general, anxious thoughts are not impossible or ‘unreal’, just unlikely and ‘worst case scenario’.

Your disorganised thinking can be caused by depression.

Also called ‘intrusive thoughts’, obsessive thoughts are often of things you feel ashamed to think about. They often then lead to ‘compulsions’, where you feel compelled to do something. For example, if you have an intrusive thought that someone you love will be murdered in a horrific way, you can feel you have to tap everything you pass twice to stop this from happening.

Psychosis is a mental health symptom that can involve confused thinking, delusions (beliefs things are real that aren’t, like thinking you have special powers or someone is spying on you) and hallucinations (sensing things that aren’t actually there, such as hearing voices).

Schizophrenia is a mental health disorder that involves psychosis, but can also include things like depression, social difficulties, and unpredictable behaviours. So let’s take an example and look at how confused thoughts could play out, pending the mental health issue.

A woman is getting married, and finds out her dress is going to be ready the morning of the wedding instead of the day before.

Stress could lead to thoughts like, I have so much to do how on earth can I get it picked up, everyone will be at the rehearsal, and then what if someone doesn’t make it to the shop before it closes? I can’t think straight to figure this out…

Anxiety would be more illogic and go further into the future. What if I end up with no dress, the entire wedding is canceled, my partner decides I am so unorganised he doesn’t want to marry me after all, and I end up alone living in a cardboard box on the road?

Depression would think, I’m doomed. I’m just useless at being organised, how did I ever think I could pull off a marriage? I just want to cancel the whole thing and give up and crawl under the duvet.

Obsessive thinking would decide, if I don’t pick up the dress by ten in the morning then someone will have a heart attack and die at the wedding, and it will be all my fault. I have to pick it up at exactly ten. On the nose. I will sit in my car and at 9:58 get out and walk to the door and open it at exactly 10.

Psychosis could sound like, it’s because someone is trying to sabotage this. Maybe the dressmaker is actually a spy sent by my ex, trying to ruin everything. She’s sending the dress late as she’s implanting tiny cameras in it.

A personality disorder means you see the world differently than an average person, and have done since adolescence or early adulthood. And this affects most areas of your life, including the way you relate to others, who find the ways you think confusing.

This can unfortunately lead to impulsive, destructive action. A partner doesn’t text back for several hours, so you decide they will break up with you and send mean texts dumping them first. Meanwhile, they forgot their phone at home.

Do I need therapy for my confused thoughts?

Talk therapy is an excellent tool to help you if your confused thoughts are affecting you negatively. Cognitive behavioural therapy (CBT) in particular is recommended for stress, anxiety, depression, OCD and psychosis. It focuses on helping you recognise and challenge distorted thinking, then turn it into balanced thinking instead.

If you have borderline personality disorder, there are several types of therapy that help, including dialectical behaviour therapy (DBT).

Ready to put a stop to your confused thinking and gain clarity? We connect you with a team of highly experienced therapists in central London. Or use our online directory to book UK-wide registered therapists and online counsellors.

Still have a question about your confused thoughts? Post below.

2 Responses to “Confused Thoughts – Worried You Are ‘Losing Your Mind’?”